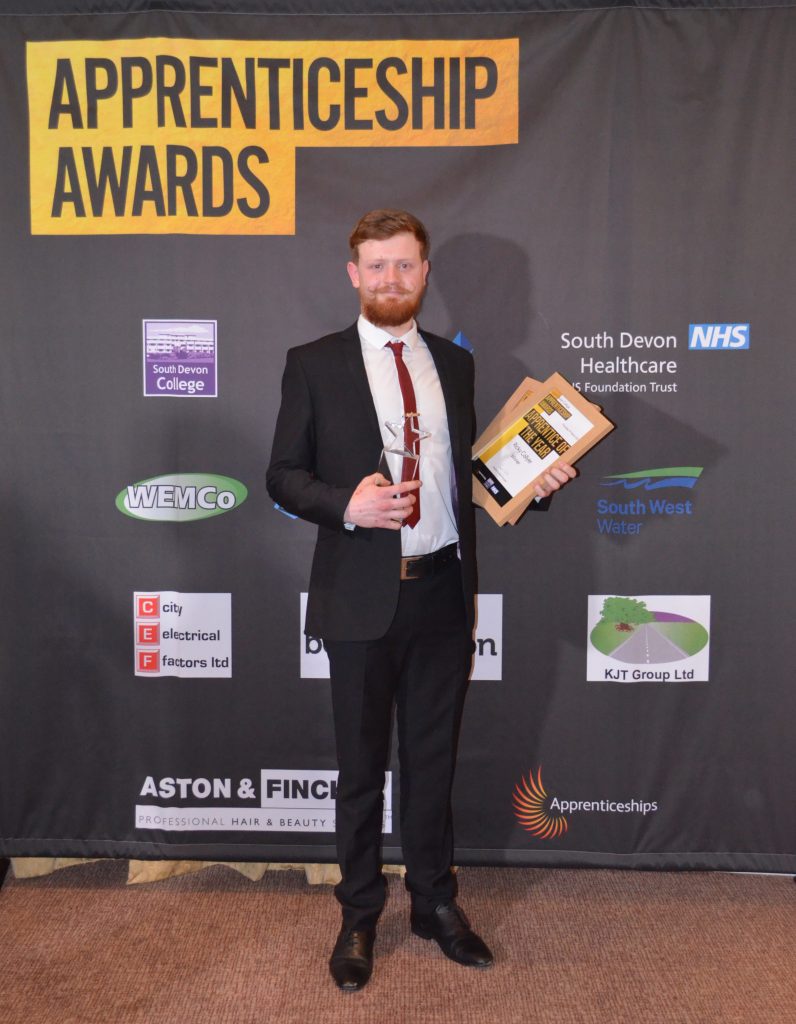 Carpentry and Joinery - Apprentice of the Year 2017

Ricky won ‘Gold’ in the Senior Carpentry category, achieving one of the highest scores in the Country, this accolade meant Ricky qualified for a place in the nationals CITB Skillbuild- the UK’s biggest construction skills competition.

Ricky then won ‘Bronze’ in the National finals 2016.

Ricky is thriving with his current employer, Bovey Construction. The company has been delivering some of the West Country’s most impressive one-off, landmark domestic properties for 25 years. Having started as a family building business, they are now a team of over 30 construction specialists.

Ricky was also crowned our ‘Apprentice of the Year’ and ‘Best Level 3 Apprentice Award’ for his dedication and consistent excellence in Carpentry and Joinery at this year’s South Devon College’s Apprenticeship Awards.

We are extremely proud of Ricky’s achievements